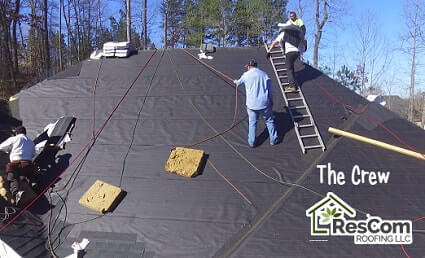 A roof installation is only as good as the crew that’s doing the install. Attention to detail is a characteristic that’s badly lacking in our industry by most roofing crews and installers. Not at ResCom! Our crews have been working with Jeff for almost a decade and have installed hundreds of roofs with him.

It’s important to have installers you know you can trust! Alejandro is the crew leader and has the respect of everyone on his team. They literally work like a fine oiled machine! At last estimate, Alejandro says he’s installed over 1000 roofs during his 12-year roofing career. Most of the crew have been with him the entire time.